You Are Here:
Home
/
History of Cannabis

The origin of cannabis is still unknown; however, most studies imply with evidence that it was first discovered in the temperate zones of Central and Southeast Asia. They believe near the Irtysh River which flows from Mongolia to western Siberian. This area of the world has provided the perfect climate for thousands of years in creating many annual plant species. The strong winds of this region have allowed the spread of seeds to many different countries. Over the course of time cannabis has proven to be a uniquely versatile and adaptable plant which has allowed humans to cultivate it for thousands of years. 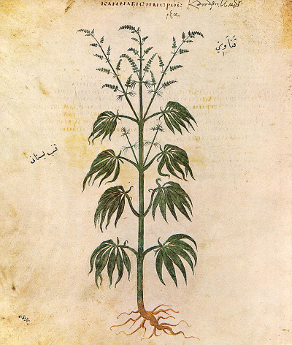 First evidence of Cannabis use in History

The cannabis plant has been utilized by humans dating back 10,000 years (8,000 BCE) where scientists found hemp cord in pottery from an ancient village site, located in modern-day Taiwan. Due to these findings, cannabis is said to be one of the first crops used by humans. Cannabis has been used for many different purposes since its existence. In 2700 BCE there are ancient Chinese records showing the first use of cannabis as medicine by Emperor Shen Nong. His people extracted the oils from its seed and flowers to treat certain illnesses and conditions he had. Over time, humans began eating the seeds as food due to the large amounts of proteins and Omega 3 fatty acids it contains. We humans have even learned to correctly process the strong fibers and turn them into rope, clothing, and so many other materials.

Modernization of Cannabis in America

As America was settling during the colonial times, the use of cannabis became an essential part to everyday life. The plant was being grown and used for different purposes. During this time, people were using and drinking oils to help relieve aches and pain. Many of the colonies were being constructed using hemp fibers that were brought over from Europe. Around 1620 the Jamestown Colony in Virginia passed a law that required all farmers to cultivate cannabis as hemp for industrial purposes.

Skipping forward a couple hundred years, to 1850, cannabis was added to the U.S Pharmacopeia and had officially claimed a spot as a medicinal product that doctors were recommending to help relieve and treat many different conditions.

It wasn’t until the early 1900s that a push back against cannabis began to rise. In the 1920s there was a fear of cannabis rising through the US and false advertising by anti-marijuana campaigners were intensifying this fear. By 1937 straight-lined bureaucrats passed the Marihuana Tax Act. This act made possessing and cultivating cannabis, illegal through the power of taxation. In the 1950s congress passed new laws that put serious penalties on persons caught with the possession of cannabis. In the 1980s The War on Drugs began, and the future of cannabis was looking dim.

The Hope for Cannabis

Even though cannabis was under scrutiny by American government, there were many citizens who continued to support the plant and all its benefits. In 1996 California was the first state to take a leap of faith and legalized the use of cannabis for medical purposes! Not long after many other states followed their lead!

Skip forward to present day there are now 11 states who have legalized adult-use marijuana and 33 states have legalized medical marijuana! This is just the beginning of cannabis legalization and hopefully with continued effort we will see more states do the same!